What is the SimBrace® process?

This process allows us to simulate your orthosis and its correction before we make the device.

We train you in the everyday use of your orthotic device.

Make an appointment over the phone or send us a message!

Plaster casts are a thing of the past

SimBrace® is a unique scanning process that we have developed especially for our patients. Adjustable pads are used to hold the affected part of the body in a corrected position. Once we have achieved the desired position, we take a scan of the affected body part.

The patient-friendly process allows us to simulate the function and fit of an orthosis before it is completed. This way, we can ensure that an optimal correction result is achieved with the orthosis that we fabricate from the scan.

So far, the SimBrace® process has been used in the following areas: 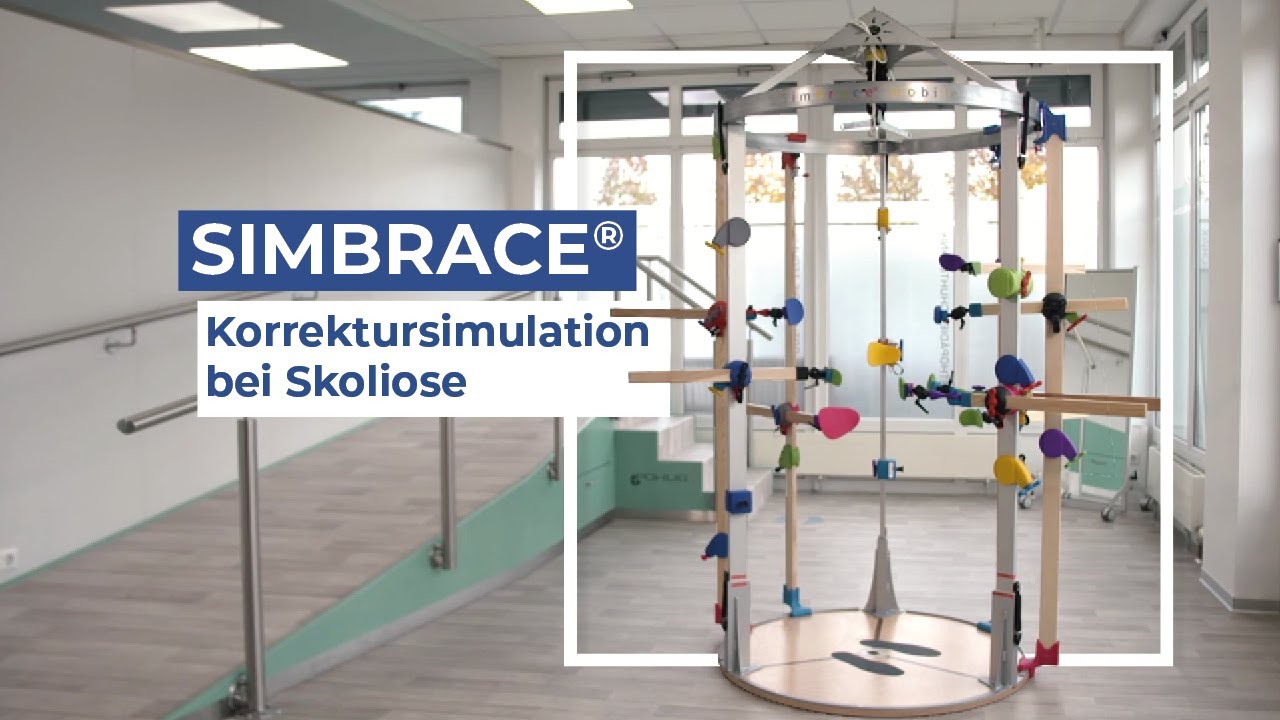 The aim is to achieve body symmetry by holding your spine in a corrected position. To do so, you will need to stand or sit in a special apparatus. If you can't stand on your own, you may also sit on a stool. Next, we will determine the optimal correction of your spine and use the moveable mechanism of the apparatus to hold you in this position. This allows us to simulate the optimal fit and function of your future corset.

Once we are satisfied with the position, we can scan the corrected posture. Finally, the three-dimensional torso model is virtually modelled in our CAD department.

The finished corset willwrap around your torso and hold your spine in the corrected position.

Once the optimal corrected position has been found (i.e. the greatest correction with the best possible function), the hand or arm can be scanned. 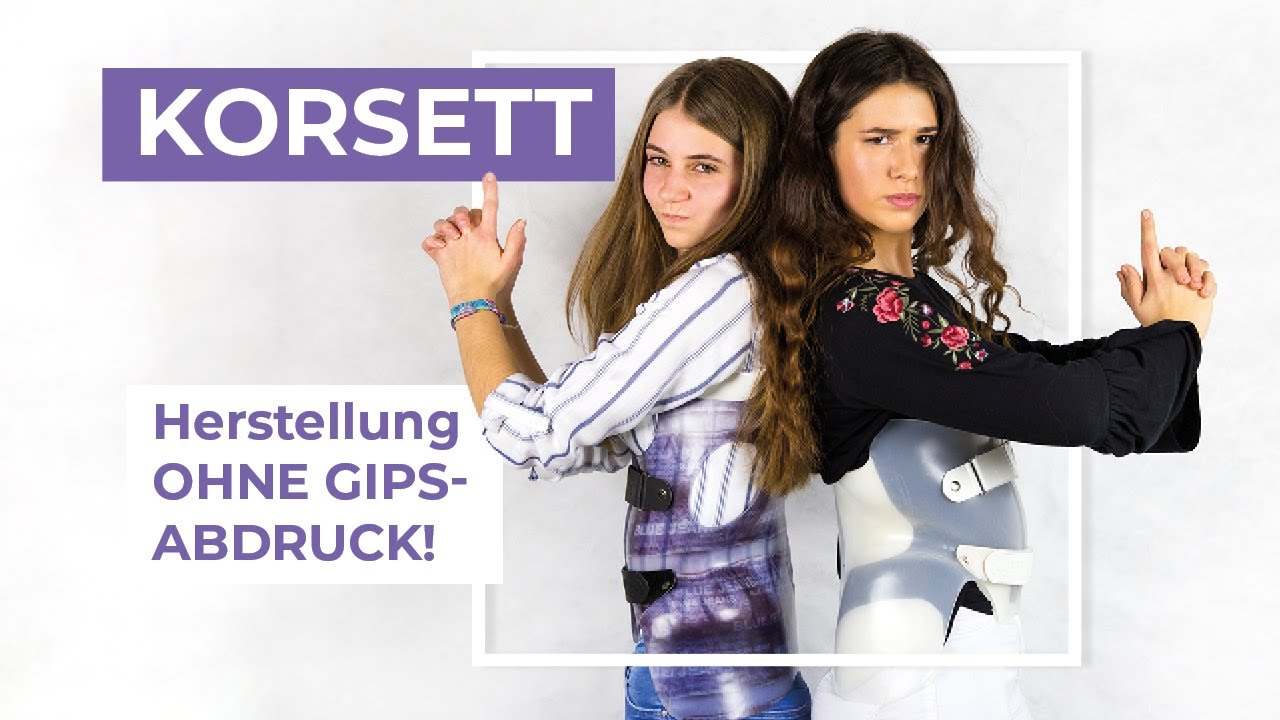 Nathalie and Selina show you how the SimBrace® Torso works. The newly developed process can be used to simulate the functioning of a corset before it is produced.

Since this method has been developed, the plaster cast has become a thing of the past! 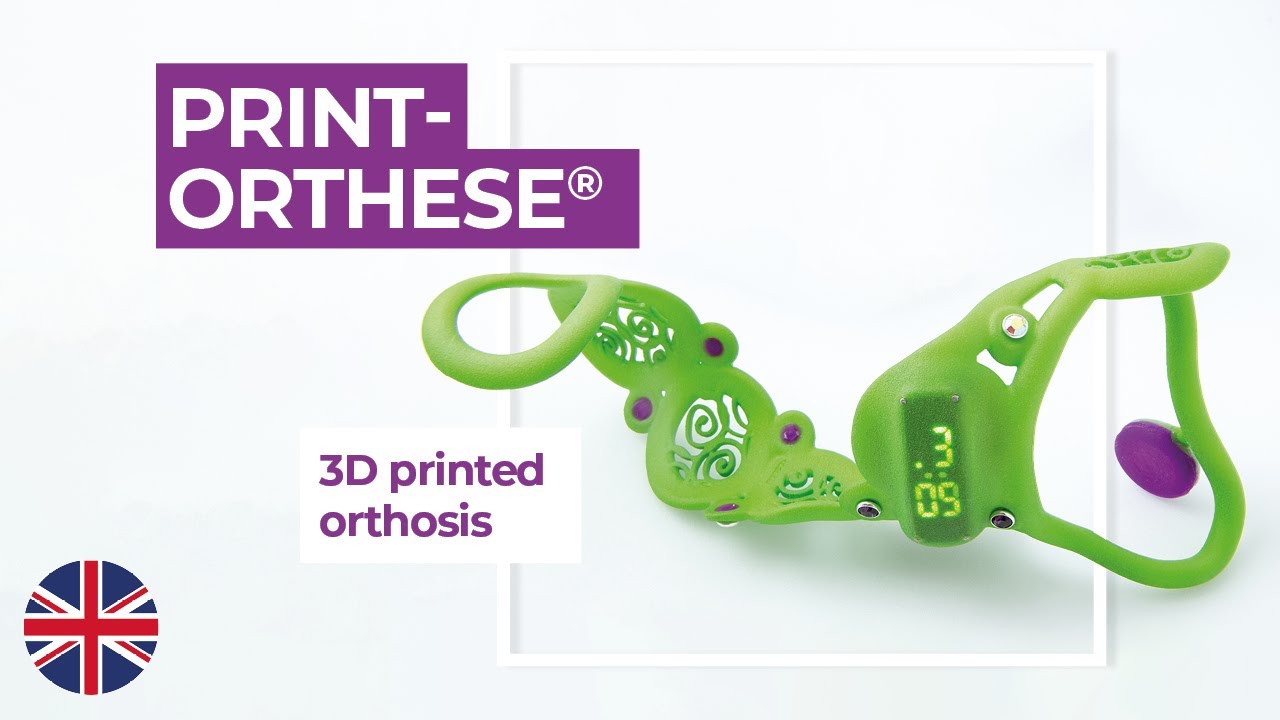 In this video, we show you how a PRINTORTHESE® is created and how we determine the perfect hand posture using a specially developed correction frame.

Another advantage of the orthoses produced with the SimBrace® method is that they do not need to be modified extensively to achieve a perfect fit. Orthoses produced with the traditional plaster method usually need to be modified before the optimal correction is reached. With the SimBrace® method, this correction is determined beforehand and built right into the orthosis! Thus, only minimal fine-tuning is required for fitting.

Last but not least, the wearing comfort of the orthoses has improved considerably thanks to the SimBrace® process.

Let yourself be inspired! We accompany many interesting patients during their Pohlig appointment and give you personal insights.

For those who want to delve even deeper into the matter, we have a suitable video for almost every supply area.

Take a look behind the scenes at Pohlig and find out about diagnoses and our innovative aid solutions!